We all live with a certain level of regret. I know I do.

Mullets, Vanilla Ice, cheering for Lance Armstrong. We’ve all got our dirty little secrets of regret.

And when it comes to how I’ve handled my money, the list is long. Whether it’s investing in Iraqi Dinar, or buying cruises over the phone, I’ve heard myself say more than once, “If I knew then, what I know now, things would be different.”

It’s a common sentiment that almost everyone has felt, like those people who bought Bitcoin at $19,000 and thought it was headed to $100,000 and beyond.

If you’re anything like me, though, after taking the requisite time to beat myself up over my stupidity, I like to look at my mistakes and try to learn from them so that history doesn’t repeat itself at my expense.

This is one of those posts.

Back to the Future

Sure, maybe for a 16 year old, there were kids who were dumber, but I wasn’t exactly the brightest bulb on the tree.

When it came to money, I worked for it, spent it and saved what was leftover. And I had NO IDEA how to invest.

Not exactly a winning recipe for your finances.

But what if I knew then what I know now? What if I’d known how to invest? Would things have been different?

I decided to actually figure out if I knew at 16, what I know now about money, how much of a difference would it make to my finances?

In order for this back to the future voyage to happen in my imaginary Delorean, I need to make some assumptions:

When I was getting paid by the hour, I used the best estimates of my income based on my hourly wages. Once I started making a more regular wage or was salaried, I used my tax returns.

I assumed that when I learned how to invest, I started putting away 15% of my pre-tax income when I first started working. For the purposes of the calculations, I assumed I invested the 15% at the end of the year.

I used the actual S&P 500 annual returns for the past 21 years. Simple this is all about being stupid simple, 16 year old me would only be investing in index funds, in this case, one that tracked the S&P 500.

Using these numbers, I’d see, REALLY SEE, how much of a difference learning how to invest early on would’ve made.

Why would I want to do this?

Now some people may think this could be a pretty depressing experiment, a fruitless exercise in revisionist history.

Why would I want to put a number on how much my ignorance had cost me?

Well, there are a couple of reasons.

1. Those who ignore history, repeat it – Even though I’m not 16, and never will be again, I have two kids. I want them to know what I didn’t. I can’t guarantee that they’ll follow this advice, but that won’t be because they’re ignorant. Hopefully seeing the actual numbers will persuade them to be less dumb than their old man.

2. Studying past ignorance brings future wisdom – Think about the wisest person you know. Almost always, such people have gone through incredibly difficult experiences. But everyone goes through these circumstances, you say. Yes, but they don’t intentionally study them. Wisdom comes when people take the time and energy to reflect and dig through their experiences to pull out the valuable nuggets of knowledge that are life-changing. I’m hoping this will be a wisdom enhancing experience. 3. This isn’t just for me – The process of self-reflection is hard. It’s time consuming, uncomfortable, and a pain. Because of this, most people don’t do it. So let me do it for you. I’ve taken the time to think about how my finances would be different if I’d started investing at 16. Using the self-reflection I’ve done, take the time to think about how your life might be different if you’d known then what you know now. Build wisdom. Change your life. And equally as important, use your newfound wisdom to change the lives of others.

You’ve hopped into your time machine and set the date for 1997. Steve Jobs has just returned to run Apple. Titanic is the most popular movie and Celine Dion is promising that our hearts will go on. The Backstreet Boys are begging everyone to Quit Playing Games with their hearts and Brett Favre and the Green Bay Packers are headed to Disney World as the Super Bowl champions. Oh, and Mike Tyson still has pieces of Evander Holyfield’s ear stuck in his teeth.

Be sure to keep a close eye on your mood ring as the next 21 years are going to be a roller coaster. (See the chart below to know how you’re feeling). Note, the stock market return in 1997 is N/A because the assumption is I didn’t invest the money until the end of the year.

Not too bad for a kid just learning how to invest and graduating from university.

So the difference between investing at 16 and investing when I graduated is almost $72,000!!

Now earlier I said that 16 year old me was…intellectually challenged (I blame it on a lack of a fully developed prefrontal cortex). It’s a big bang for a small buck, especially when I consider how much money I wasted on stupid purchases.

I really wouldn’t have missed 15% of my income. It wouldn’t have been a big deal, especially when thinking about the potential payoff.

Bringing It All Together

While it’s healthy to reflect on our past experiences, a person can fall into the trap of trying to navigate through life while simultaneously staring at the rear-view mirror and the front windshield.

This isn’t an exercise in regret for me. I don’t live staring at the rearview mirror.

Like any good driver, you take periodic glances in the mirror at what’s behind you, but the lion’s share of your attention is focused ahead.

Which is what I’m doing.

This glance behind me has reemphasized just how important it is to teach my kids how to invest at a young age and the power of compounding coupled with time.

It’s a lesson that I’m going to be introducing to my kids very early, in the hopes that they’ll be a bit smarter (but not too much smarter) than their old man.

How old were you when you started investing? When are you planning to start with your kids? Add to the conversation in the comments below or on Twitter @method_money or my Facebook page Method To Your Money.  You can also find me on Pinterest.  Want more great ideas for mastering your money? Sign up to receive my weekly emails detailing how to keep more of your hard earned cash! 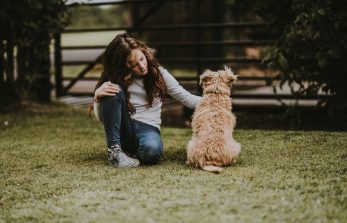 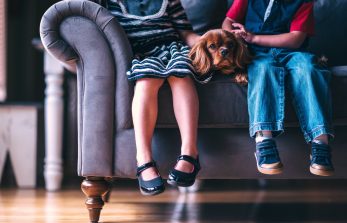 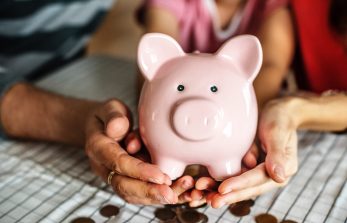 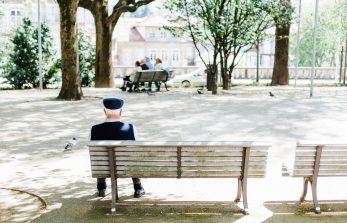 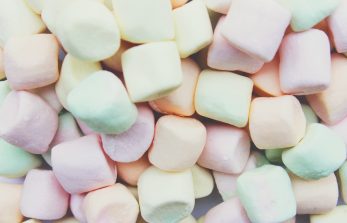 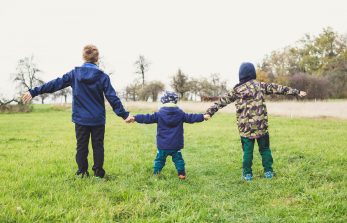 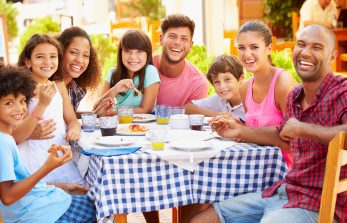